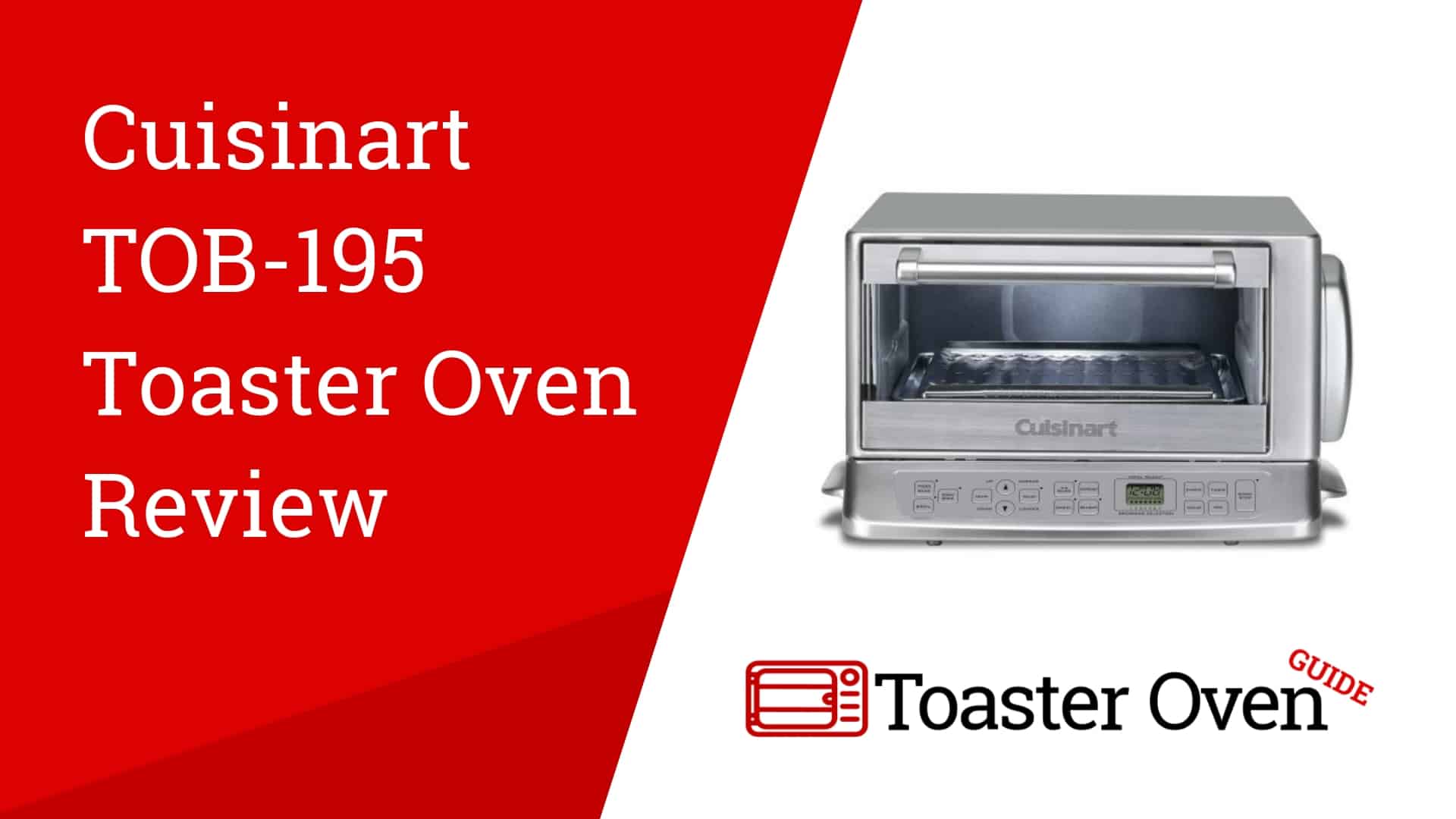 The Cuisinart TOB-195 Exact Heat Toaster Oven Broiler is an excellent unit that is both stylish and functional and will be at home in any kitchen. This convection toaster oven can handle 6 slices of bread and is perfect for baking pizzas, broiling or toasting bagels. With a 16 x 17” footprint it won’t take up a huge amount of counter space and it’s shade control heat sensor helps to maintain a constant temperature within the oven.

The best feature of the Cuisinart TOB-195 Exact Heat Toaster Oven is its ability to cook large amounts of food. This makes it the perfect choice for larger families. With the Cusinart TOB you can cook an entire chicken, broil fish and it will even hold a full 12” pizza! It’s also great for defrosting frozen foods and of course making toast/bagels for breakfast.

We looked at over 330 customer reviews for this product from various consumer report websites. We’re pleased to say that out of the total reviews we read there were only 10 that had negative things to say about this Cuisinart Toaster Oven. People in general are extremely satisfied with the Cuisinart TOB-195 Exact Heat Toaster Oven Broiler. Let’s take a closer look at what people had to say about the unit.

Size is obviously one of the main concerns when you’re thinking about purchasing a toaster oven such as this. The whole idea of these units is to save you from having to turn on your large oven and hopefully save some power, but if the toaster oven is too small you won’t end up using it enough to make any difference at all!

Thankfully this is not the case with the Cuisinart TOB-195 Exact Heat Toaster Oven Broiler. People absolutely love the fact that you can fit a 12” pizza in this oven. In case you aren’t sure 12” is the standard size of most frozen pizzas that you’ll find in the supermarket and being able to cook one of these without having to cut it in half and do it in separate sessions is a great feature! (Trust me, I had one that was too small when I was in college!).

As for the poor reviews, a few were simply due to the fact that the consumer received a lemon. Either the unit wouldn’t work upon arrival or functioned so poorly that there was an obvious defect in the manufacturing process. Unfortunately such things do occur from time to time which is why we recommend buying from a reputable online retailer such as amazon.com so that you can be sure any problems like this will be solved.

The other major complaint we noticed was that if the unit is on for a long time such as when cooking a chicken or a pizza, the top of the unit where you open the door can come into contact with your knuckles if you open the door palm facing down. One reviewer suggests that you ALWAYS open palm up and you won’t have to worry about this problem!

Where Can I Get the Best Price?

We look at prices regularly for this toaster oven, and by far the cheapest and most reliable place has always been amazon.com 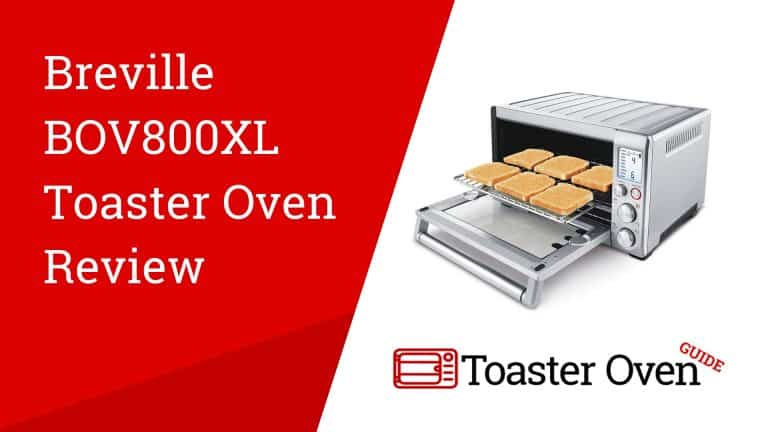 Toaster ovens are, unfortunately, often overlooked by many people. The words “toaster oven” probably bring up visions of the old style of toaster oven, with its burnt toast and lack of settings. That couldn’t be further from the truth these days, however, especially when it comes to the Breville BOV800XL. Versatility One of the great… 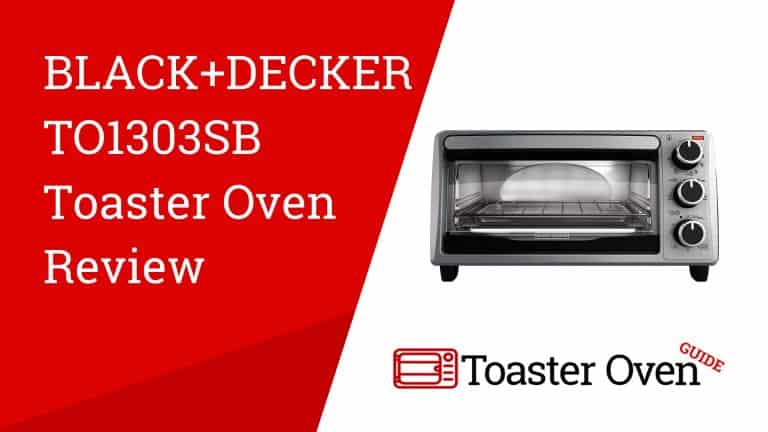 The Black+Decker TO1303SB Toaster oven is a budget option that will still meet your cooking requirements. With a weight of only 7.5 lbs and outside dimensions of 14.5″ x 8.8″ x 10.8″, it is a compact design that is perfect to place on your countertop with its stylish black and stainless steel exterior. If you… 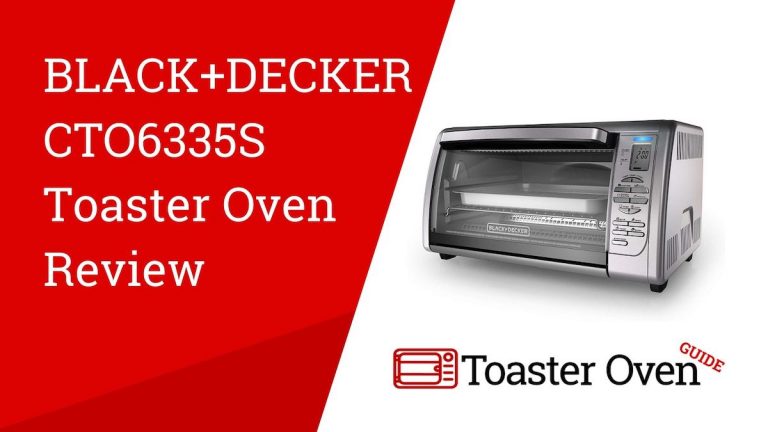 My Black and Decker CTO6335S review will inform you of all the good and bad things you must know about toaster ovens before you buy one. I feel very confident about this topic because I read over 100 reviews myself before I landed on the Black and Decker 6 slice toaster oven. Our old reliable… 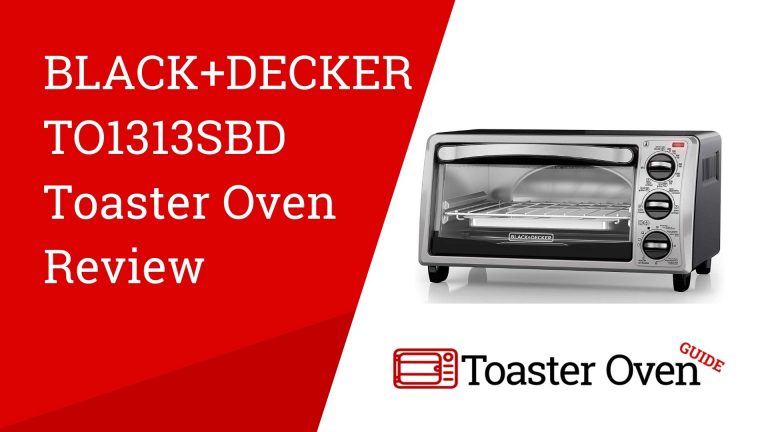 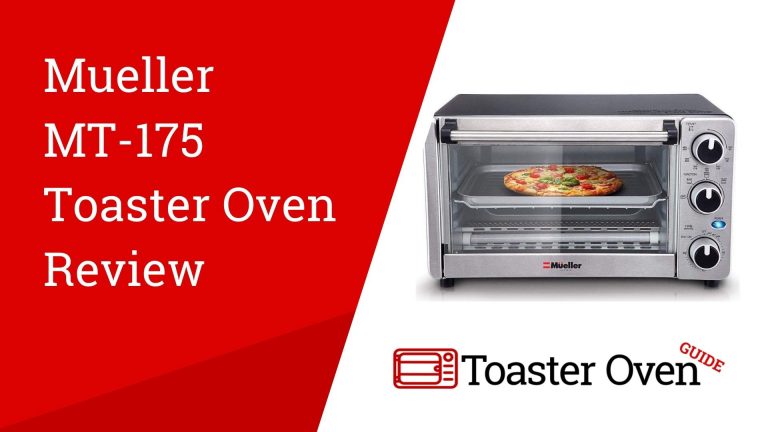 This Mueller toaster oven review highlights why Austria is so advanced when it comes to making kitchen appliances. The Mueller designers have created a curved interior within this appliance. The results are that their ‘Even Toast’ technology cooks 4 slices of toast to perfection every single time. Yes it is a Mueller 4 slice toaster… 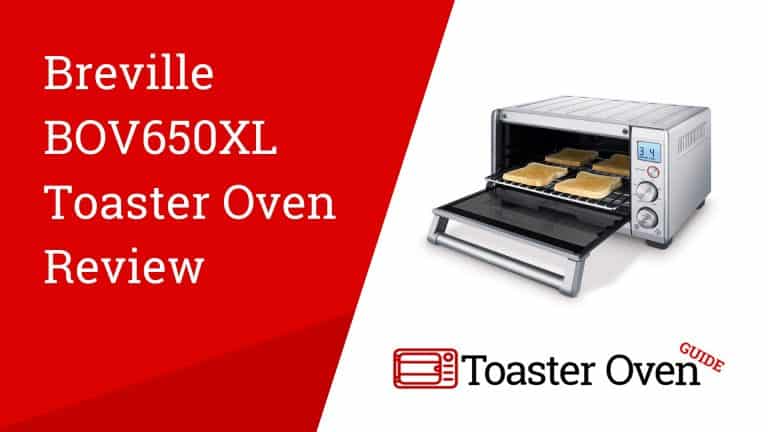 When most people hear the words “Toaster Oven,” thoughts of an oversized bread toaster with a door immediately come to mind. The Breville BOV650XL toaster oven is helping to put an end to this stereotype. In fact, the BOV650XL is more “oven” than it is “toaster.” Its numerous smart functions ensure that your foods are…